10 Times Serena Williams Was a Boss 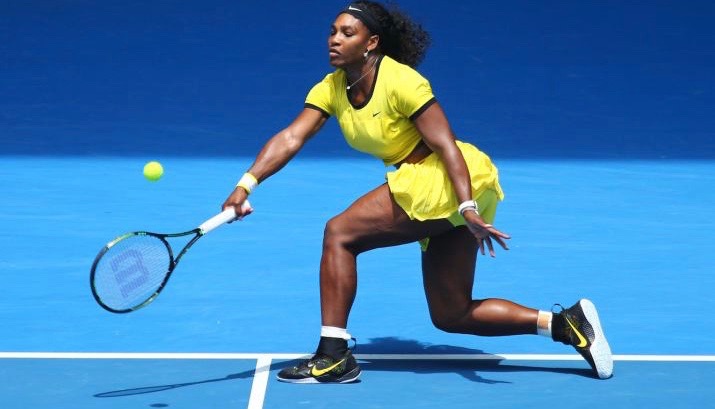 The debate is over. Serena Williams is the greatest female tennis player ever. The world has acknowledged the epitome of greatness on and off the court. For those out there who need a reminder, here’s 10 times she shouted it in grand fashion.

2. She shut down Raymond Moore for his sexist comments
Raymond Moore foolishly insinuated that women should be “on their knees” thanking male tennis greats for carrying the sport. Serena reminded him that she and her sister, and many other women’s tennis players, generate record ratings. Of course she reminded women everywhere to “never be on their knees thanking anybody.”

3. Serena spoke up for the unjust shooting of Philando Castile
Being in London for Wimbledon doesn’t mean Serena doesn’t keep up with what’s going on back home. When Philando Castile was shot multiple times by police officers, she wanted no time jumping on social media to express her outrage. You can’t slip anything past Serena, even from the other side of the world.

4. Serena’s SI Cover was emulated by Beyonce
Serena was featured in a throne on the cover of Sports Illustrated. Her pose was emulated by Beyonce, Queen B herself, in her music video for the song “Sorry.” Did we mention that Serena was also in this video herself? Any that Beyonce is a regular in Serena’s box at matches? When you’re that tight with Queen B, you’ve made it to boss level.

5. Serena and her sister fought hard for equal pay
Serena and Venus were instrumental for campaigning hard for equal pay for men and women. They even got the oldest tournament on Earth, Wimbledon, to comply with their demands after years of lobbying. Boss status.

7. Nike sponsors Serena. Nike also gives Serena completely unique clothing.
In honor of Serena’s campaign to tie Steffi Graf’s all time record, Nike made her a beautifully stunning all white dress complete with all of the (legal) trimmings to conquer her 22nd grand slam title with.

8. A thief once tried to steal her phone
His failure and utterly brutal takedown was featured on Good Morning America

9. She and Venus are as close as any sibling pair ever
This is despite once beating Venus in 4 straight grand slam finals. Would your siblings still love you if you defeated them 4 times in a  row in anything on global TV?

10. She ate dog food
She owned this mistake in a video on social media. She can admit her mistakes, making her a boss.